Ukrainian experience: brand communication in the time of war 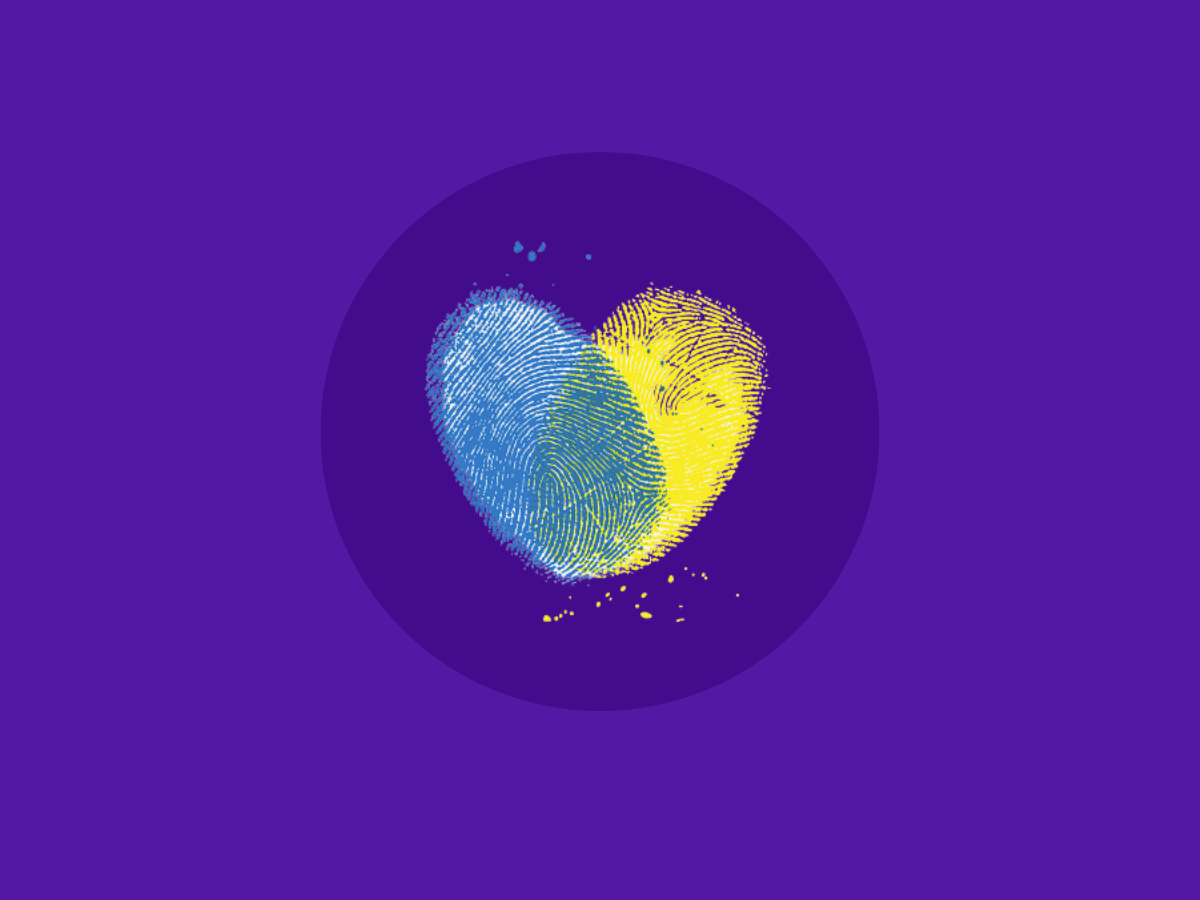 Would it even be appropriate to talk about brands in such tragic times?

The life of Ukrainians changed dramatically on February 24. The war had begun 8 years ago, but on this dark morning, the country woke up with the realization that nowhere was safe anymore. Survival has become the primary objective in all senses. The whole nation has started the fight for its existence in the 21st century. Would it even be appropriate to talk about brands in such tragic times?

‍The new info space: is there a place for brand communications?

‍Ukrainian information space is currently that of air raid alerts, shelling, casualties, and updates from the temporarily occupied territories. We are walking a thin line between grieving under the constant threat of death and the need to get on with our lives. This need manifests itself through our gratitude for the support, unity, energy, and even humor. Indeed, the humor has found its way into the Ukrainian info space after the start of a full-scale war as a medium of psychological support for Ukrainians. Even an adviser to the US Congress praised the Ukrainian jokes.

The war has changed our lives, yet we crave our routines all the same. We buy coffee at our favorite spot, look for summer clothes, and choose fruit for breakfast unless prevented from doing so by active combat. We set many conditions now, and companies must consider them in their communication.

The voice of brands in the Ukrainian info space has changed as we have become different. Our position is unequivocal, and we require the brands to comply. Not by making a request but by demanding.

Becoming the love mark for the whole country: the change in brand communications

Brands communicated differently at the outbreak of the war. Some paused their activities and made no statements. Some were silent in the early days as they engaged in relocation. Some (mostly large international companies) were increasingly cautious waiting for further developments so as not to risk their reputation. However, others broke into the information space showing their support from the first hours of the invasion.The case of Ukrzaliznytsia, a national carrier of people and goods and a monopolist of the railway sector in Ukraine, is a great example of a U-turn in the perception of the brand. Prior to the full-scale invasion, Ukrzaliznytsia was notorious for its lack of comfort: bed bunks too small for an adult, no air conditioning, dirty toilets and windows that did not open in sweltering weather. Yet, Ukrzaliznytsia has decisively stepped up to the task of helping people since the morning of February 24.The company has clearly outperformed its functions beyond anyone’s expectations. Ukrzaliznytsia has launched free evacuation trains to pick up people from areas of active combat and equipped cars for transporting the wounded and the individuals with limited mobility. Its employees risked their lives and were killed in the line of duty when going out to hotspots to save people.‍

Photo: UkrzaliznytsiaEven those who did not use the services of Ukrzaliznytsia during the war think of its work with admiration and gratitude due to the active coverage of the company's activities in the Ukrainian info space. People rescued from the hotspots often had to travel standing for ten hours to accommodate everyone. One thing is clear: Ukrzaliznytsia saved people. Disregarding any inconvenience, the company not only did not stop its movement on February 24 but also sent out trains to places with active shelling under a constant threat to life. This case is a clear example that actions speak louder than words in brand communications now.Companies are doing what they can to be useful now. Brands support Ukrainians and show unity with their audience.

The social role of the brand has increased significantly. Some supply food for the elderly, some rebuild the destroyed schools, some design temporary modular homes for displaced people, give their products to those in need, and donate the share of profits to the Armed Forces of Ukraine.It will hardly surprise anyone that the women's clothing brand is reformatting part of its production to sewing bulletproof vests while still releasing a summer collection of dresses. Such is the story of the TM byMe Ukrainian brand. They collect money for armor plates, sew bulletproof vests, and send them to the frontline. The brand is open about its help as such publicity increases the understanding that helping others in any way you can is not an exception to the rule, but the new normal for everyone. A single day of TM byMe Instagram stories can feature an address from the Ukrainian soldier thanking for a bulletproof vest, a call to raise money for the next batch of armor plates, and new skirts from the Kyiv showroom.

This is healthy brand communication in times of war. The company shows that it is doing what it can to bring the victory closer while continuing the work to support its team and the country's economy.

In addition to social responsibility, the companies also have to facilitate customer comfort. Curfews, traffic restrictions, and shortages of goods are just some of the challenges that companies have faced while trying to provide quality services.The fuel shortage has become one of the most pressing issues. People spend hours in line to buy gas, often in limited amounts. There is a high chance it might run out, and some drivers would waste their time waiting. Companies are trying their best to reduce the level of negativity among customers. For example, the SOCAR Energy Ukraine network of gas stations lets you track the availability of fuel on the map of filling stations, and offers a service for refueling without queuing. As a result, the number of registrations in the Level mobile application that contains these features has increased 8 times since the beginning of May.Not only fuel-related brand communications require prompt notification of any changes in the company's operations. It is increasingly difficult to provide the expected service in times of war. Companies are on the constant lookout for solutions to make people's lives easier during this time.‍

The change in communication goals

Brand communications traditionally aim at raising awareness, increasing trust, and changing behavior. Trust comes first under the new circumstances, as it is very easy to lose it during the war. Companies will now have to pay an especially high price for communication errors. Ukrainians have been trying to eradicate everything Russian from their lives since the beginning of the full-scale invasion. We can see this in the pressure on international companies that continued to operate in Russia. Ukrainians took it to the next level by boycotting these brands. People refused to buy their products and began looking for alternatives.  A boycottrussia telegram bot will help you get information on any specific brand's connection with Russia.It is unlikely that everyone in Ukraine monitors the political stance of companies. However, public negativity towards the brand that works with Russia, and positive response when it leaves the country, have proved to be significant. The same applies to awareness. More people will learn about the company either way. However, the company’s reputation now depends on where it stands. Each brand must voice its position when there is a war in the country.

‍Ukrainians see the support and become increasingly grateful. We never stop thanking the Armed Forces, volunteers, doctors, rescuers, other countries, and each other for the help. This appreciation extends to brands. Brands can increase customer loyalty by contributing to the common cause, even when it does not help its customer directly.An active social position of a brand can also boost sales. The creation of a positive image through non-business activities will help you build trust, which, in return, will give your brand definite advantages over competitors (provided you are offering quality products).

How to assess the effectiveness of communication in new conditions

The war has redefined the meaning and goals of communications. However, the concept of effectiveness remains unchanged.The effectiveness of marketing communications lies in the strength of the impact of appeals on the audience, the degree of its coverage, the forming of consumer attitudes towards the brand and its services or product, and the image creation.

‍LOOQME recommends assessing the level of trust, visibility, market analysis, and competitors in the current environment.

‍Brand trust is the foundation for moving forward and setting the right pace of development. It affects the reputation, justifies our efforts, and represents the success of the marketing activities. Brand trust indicator is responsible for long-term development. It is best to measure it in relation to the industry or competitors.We use R-index — a combined metric supplemented by sociological research to assess the level of brand trust. It helps to understand the impact of media activity on people's attitudes, shows the quality of the media field, and the real level of trust/recognition.

‍The Media Visibility Index represents visibility in the media through the number of mentions. Brands or individual marketing activities with high visibility in the media attract more attention, which affects the long-term results.This indicator can be a means of lobbying the interests of the project to partners and investors, especially for projects with international investment and social initiatives, when the Media Visibility index can become a strong argument for effectiveness.

‍Industry Watcher and Brand Lab — are studies that help evaluate the activity of a company, event, or info drive in the info space. They provide systemic data to analyze the dynamics of the industry and determine the brand’s role in the market. You can compare the key market players’ activity in the media, understand current trends, set and identify effective ways to achieve your goals. We make decisions every day, be it for ourselves or on behalf of the company. Each step we take is a choice, each word - a position. No brand had a strategy for wartime communications. All actions of companies are a reflection of their values. These values ​​now determine the place of brands in people's lives.

The text was first published on Media Marketing Polska